There are variances as to how users may apply lumber and ply cleating. Internationally, most written standards generally apply cleats similarly which Crate Pro assumes when determining cleating. The standards assume a certain application method which is designed to provide the greatest strength to each panel and to each panel assembled to others. What may seem to be a small difference in as the how/where a material is applied can greatly reduce the strength of the crate.

When the rules are run for support cleats, Crate Pro looks at your dimensions, your selected materials, which rule is selected and your preference settings for calculating the direction and number of cleats.. When a Vertical or Horizontal FIRST rule is in place the following may occur based on the above information. 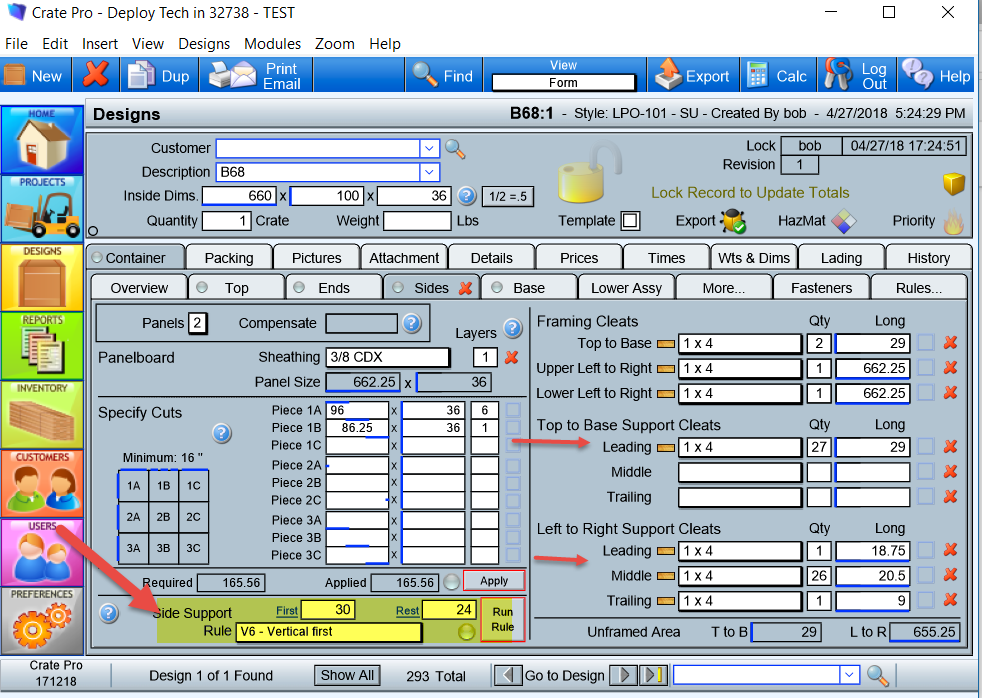